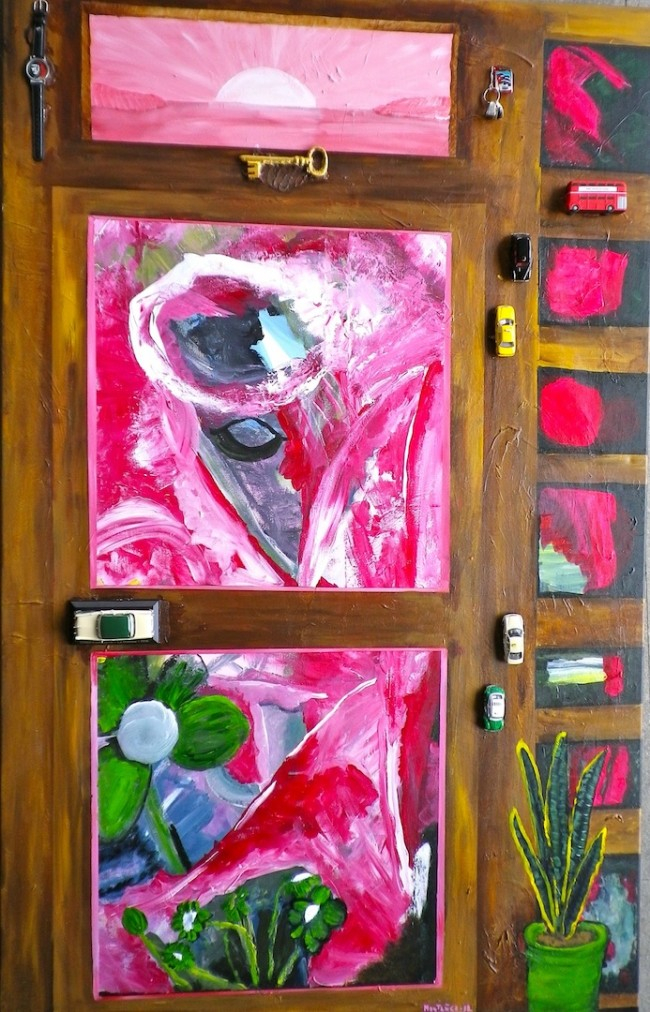 Technique: acrylic on canvas and mix.

The title comes from the idea of painting 11 cities from the American continent that convey many emotions to me.

It is a city seen from on high, but it also a door that even if it is closed,  becomes transparent.

Behind it there is a lot of colour and joy which to me represents the people of Havana. I have the feeling that there are always eyes looking at you when you walk through Havana and wanted to leave that feeling here.

I put a mother in law tongue´s or cat´s tail plant in it, which are very usual to see here there, behind the doors, as it protects from gossip.

I added my collection of miniature taxis and double-decker bus because I wanted to reflect the change that I had noticed in the city in a few years. Foreign taxis are the hinges of the door and the handle is a Cuban Taxi from the 50s.

Gradually I stop seeing that Havana set in time to become an open city and giving way to the influences that come from outside.

It has some rings that I was given on the terrace of the Hotel Telégrafo and with them I wanted to leave my passion for the city in the painting.

A watch of Che Guevara. In Cuba the sense of time passing is different to how I feel it in other places I have visited.

A golden key that symbolises the city.